Oh heck was today cold! I remember seeing the weather report two nights ago warning of a cold front, but yesterday was nowhere near as cold as it was today. You can see me in the back of the picture, wrapped in my jacket, with Brenda’s extra blanket round my knees, and I had a pair of socks on underneath. 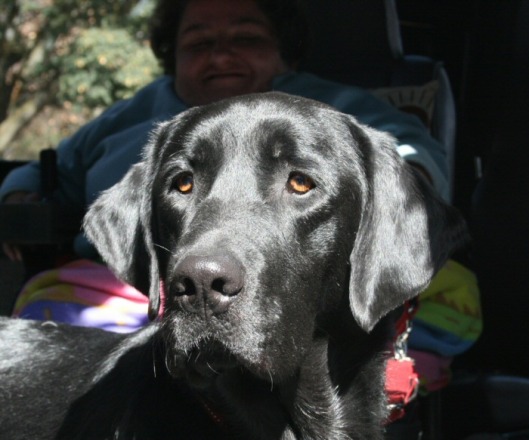 Look at that face!

Our destination? The Johannesburg Zoo. We didn’t go inside though. Not with dogs as green as ours. After parking in the car park, we walked along the pavement outside, just doing basic obedience. As usual, Yanky had a lot on his mind and commands needed repeating. When he did sit, you could have fit another dog between him and my wheelchair. Rather frustrating. 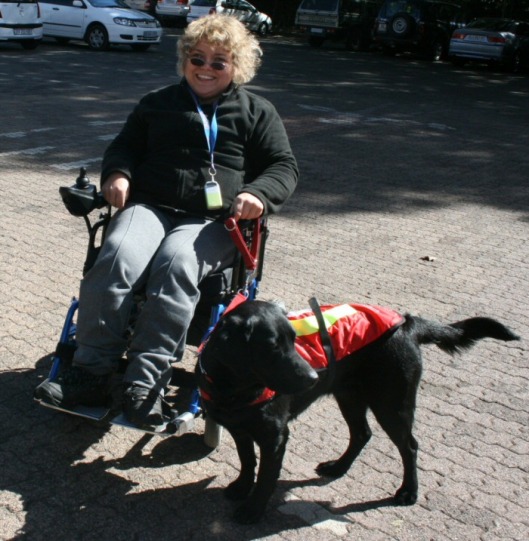 With an extreme wind chill factor, we did not stay out too long and headed back home for lunch. While we ate, our dogs went to the outside runs for a break … guess what … first thing they did was poop. The very thing we had been battling all morning to get them to do. Possibly stress from all the upheaval in their lives and new routines? 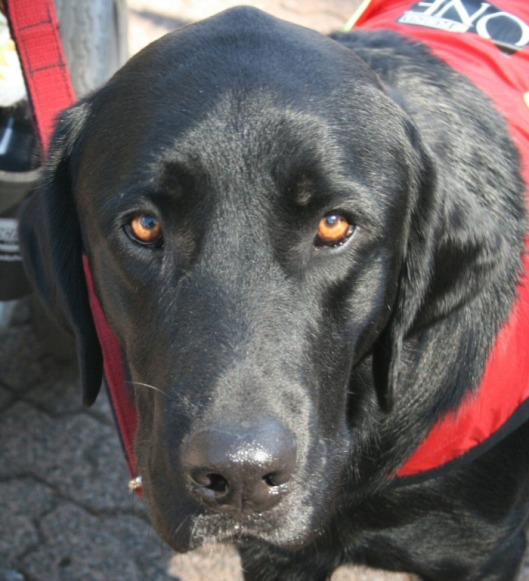 So while we were still eating lunch, Eejay and Mandla moved our dogs from the runs to our rooms, since it was way too cold for them to stay outside. I went back to my room after lunch for a rest. I have needed to lie down for half an hour each day after working with Yanky. My body is just not used to the strain of working with such a young and headstrong dog.

We met up again in the lounge, without our dogs for a chat in the lounge. Eejay and Mandla discussed the retrieve commands and we did a little practice without our dogs. It was important to get it right without stressing and confusing them. Once we were done there, I suggested that we let our dogs off leash a bit, since Yanky seemed extremely jumpy and restless. Trying to do retrieve work and climbing on the bed were sure signs that he was bored. 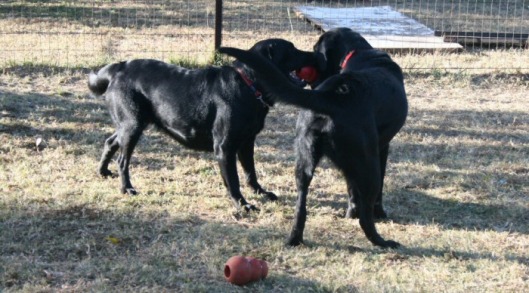 So off we went to brave the cold for half an hour while our dogs had a play session. Believe me, it was worth every moment to see brother and sister racing round the yard and playing ball.

Then we took them to the kennel block to be weighed. Yanky weighed in at a whopping 38.6kg. His little sister was 9kg lighter. 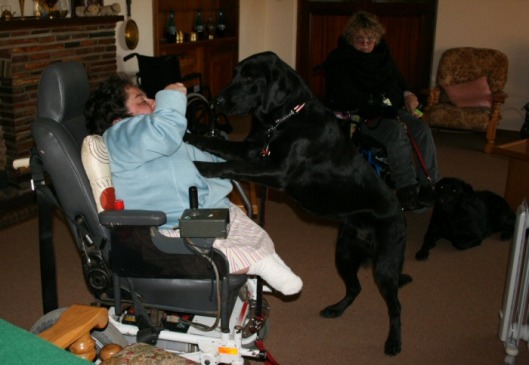 Back at the house again, we learned about another important command, called “My lap”, which is used for various reasons, including putting the dog’s working jacket on and grooming, among other things. Service dogs do not wear a harness, like guide dogs. So, they wear a jacket to identify them as working dogs. 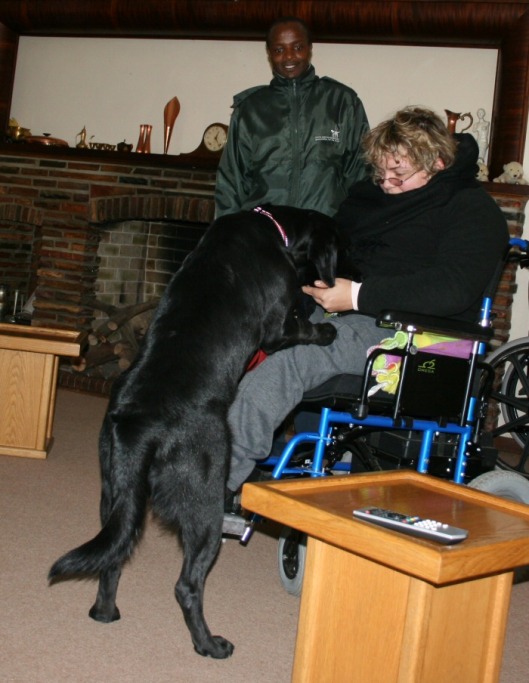 For this command, we encouraged them with treats. I took full advantage of this and used it to work on Yanky’s “sit” command which he was very often doing only the second or third time round.

Finally, the day wound to a close. Dogs were fed, then we had dinner. I am quite certain that Yanky has calmed down after his play session. He passed out in the lounge, and has quickly gone to sleep back here in the room. Time for me to join him … 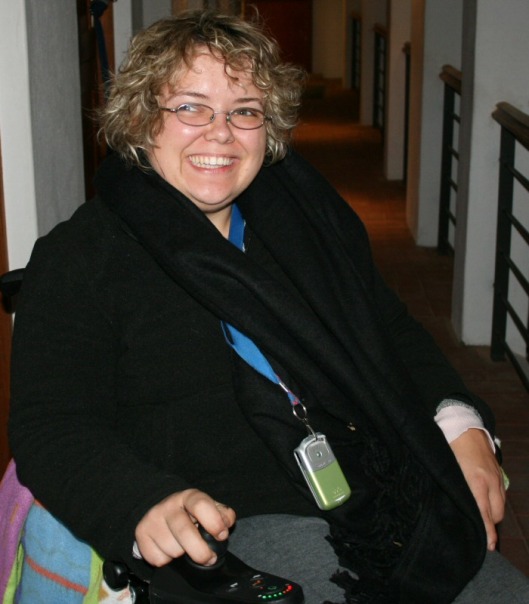 Brenda, our other student